International Women’s Day: “We need men to speak up”

Collectively we can all #BreakTheBias. Sales Supervisor Élodie Hays shares her story on International Women's Day. 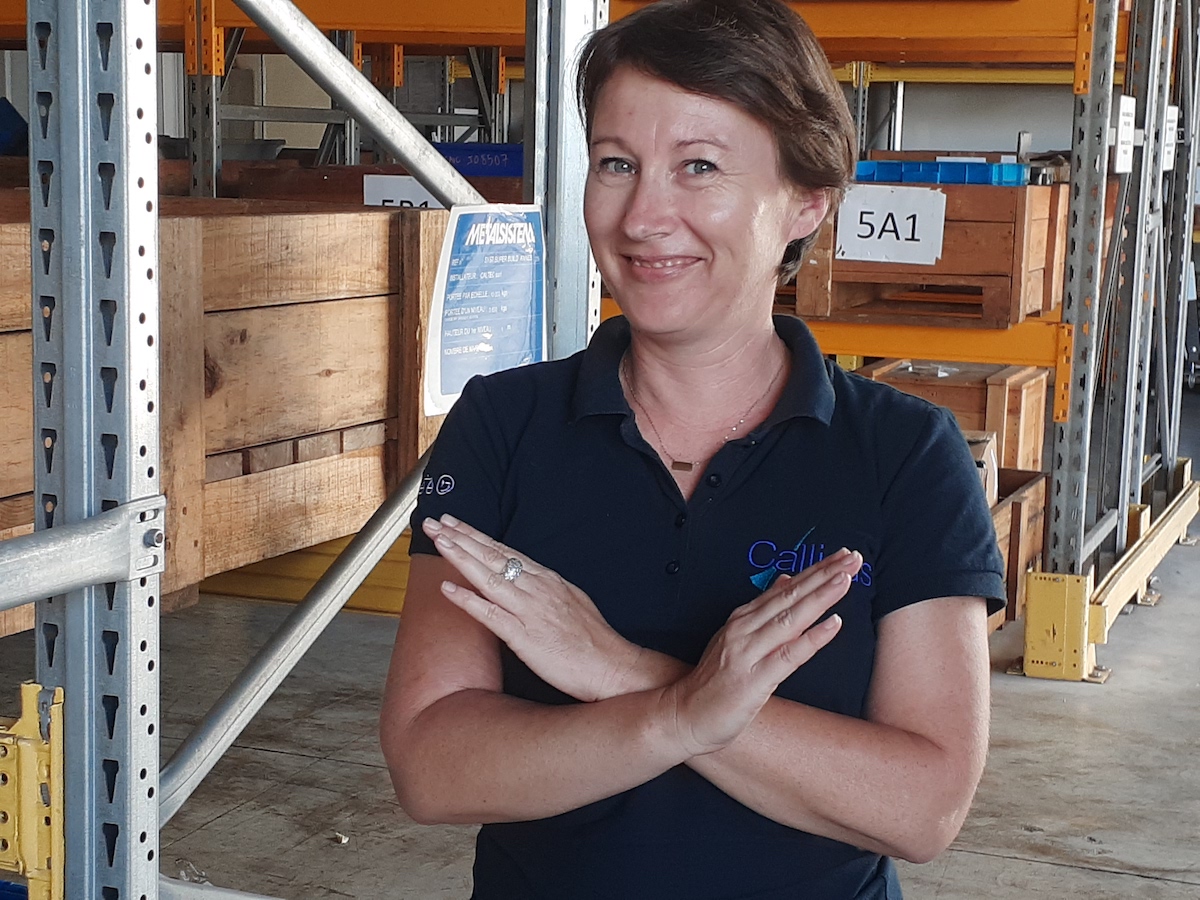 Élodie Hays, Sales Supervisor for Callidus Group in New Caledonia, is one of the women who faced and battled gender inequality throughout her career. Today, we share her story to raise awareness and join her to help forge women’s equality. Collectively we can all #BreakTheBias.

When Élodie first traveled to New Caledonia from France to visit friends, little did she know it would be the start of a career in the male dominant mining industry. The visit that was intended as a two week holiday on her way to a year in Australia, but after she extended her stay in New Caledonia she started looking for a job.

She was offered the opportunity to work in an administrative role on a mine site, but it came with a warning as the role was described as being pretty tough working 40 hours in four days with mainly male colleagues.

“The description of this role was sort of a warning and also judgemental. But I worked in advertising in France, which was a very feminine environment and I was curious to something totally different.”

And that it was. “It was at first very weird with not many women at all. And while I was very much welcomed, it sure felt different. I wasn’t intimidated, but more confronted with the fact I was a woman.”

Her role introduced her to Callidus and Élodie decided to jump ship. After a brief period working in Brisbane, Australia, her visa prompted a return to New Caledonia where she started working half of her time onsite and the other half in the office.

“By then I got accustomed to being the only female in a team and I actually preferred the atmosphere onsite. It was a tough, but supportive environment. Friends and colleagues didn’t understand. ‘What? You want to go back?’ They knew the site and said to me: ‘I don’t know how you can do it, working in those conditions.'”

But Élodie showed that there was no doubt she could do it and two years later Callidus offered her the promotion to site supervisor. A promotion that drew mixed reactions.

“I felt very supported within Callidus, but I noticed people from other companies were surprised. Some would have been really mean I’d say. While acting in my role, some even became close to being aggressive. Shouting at me like they wouldn’t do against a man.”

Élodie decided to sit back, ignore the negativity as much as possible, and focus on her job.

“When I took the position I was kind of expecting that. Why? Because I witnessed it with other women. I could hear men say nasty things because someone was a woman. And I knew that if it wasn’t said to my face, it would be said behind my back.”

Over time the reactions calmed down, but she doesn’t want to go that far that it is because she proved them wrong.

“And I definitely don’t want to say women do things better. But we are balancing things. Different perspectives will help make progress.”

And that insight would be of value around the world, as Élodie did not only witness the bias and discrimination in New Caledonia.

“Sadly the issue doesn’t limit to a certain country, culture, or industry. When men are mean, the language doesn’t matter. While on a stint in Madagascar I experienced the same.”

“We need men to speak up”

What she also experienced there however was to have support from others when facing inequality. “A former colleague who happened to work there immediately welcomed me and told me I just need to let him know if I had any issues at all and that he would have my back.”

This proves to Élodie that men are not only part of the problem in gender inequality, but more importantly that they are part of the solution.

“We need men to speak up when there is a rude way of addressing women. Some are brave enough to step up, but every man who is witnessing it could speak up. That would go a long way.”

Now, in her current role as Sales Supervisor, Élodie is slowly starting to see some change around her in the industry.

“Within Callidus we are very open about it. We don’t judge people on their gender, but on their skills. To me it has always been an external challenge. But I can see some improvement elsewhere in the industry with a better integration of women in several positions. It happens more often that I see a woman as a welder, working in the engineering department, or running the site for example.”

A development that Élodie values and celebrates.

“Because I’m hoping for the future that this kind of discussions or initiatives won’t be necessary anymore. So that everyone is treated the same way and there are no minorities.”

And while she acknowledges steps are taken and progress is made in breaking the bias, she knows the battle is not over yet and what women need to do to get to that point.

“Don’t give up, believe in yourself. You can do whatever a man can do, or maybe even better. Sometimes it takes us more energy to prove that we are capable. But it’s all about not giving up.”

Let’s break the bias together.